In a tragic piece of news, popular TV and film actor Sidharth Shukla who is known for his role in long running serial Balika Vadhu dies at the age of 40 on thursday due to heart attack. Cooper hospital has confirmed his death. He took some medicine before sleeping and didn’t wake up. Later, the hospital confirmed that he passed away due to a heart attack. The postmortem is on and the body will be discharged soon.

He is survived by his mother and two sisters. This news came as a shock for his fans.

Sidharth has gained a massive fan following after he won the controversial reality show ‘Bigg Boss 13’.

Meanwhile, he was also popular for his tints in reality shows such as “Jhalak Dikhhla Jaa 6”, “Fear Factor: Khatron Ke Khiladi” and “Bigg Boss 13”. Apart from featuring in TV shows of various formats, Sidharth Shukla was also seen in the movie Humpty Sharma Ki Dulhania. Sidharth featured in various music videos with his former co-contestant of Bigg Boss 13 Shehnaaz Gill, including tracks like “Bhula Dunga” and “Shona Shona.”

Team Kiddaan pays deep condolences to his family and friends during this time of sorrow. 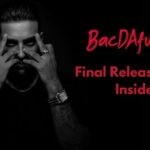 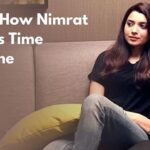