Slamming the Bhagwant Mann government and AAP convener Arvind Kejriwal over the SYL issue, former deputy CM and Shiromani Akali Dal president Sukhbir Singh Badal said, “We won’t let a single drop of water go out of Punjab.” This was his response to AAP convener and Delhi CM Arvind Kejriwal on his statement on SYL.

Furthermore, Mr. Sukhbir Singh Badal condemned Delhi CM Kejriwal’s statement that the “SYL canal water should be given to Haryana from Punjab,” adding that CM Bhagwant Mann has endorsed the anti-Punjab statement.

“This sell-out of the Punjab’s interests by a party that was given an overwhelming majority of 92 seats is unparalleled in the history of Punjab,” said the Akali Dal chief, expressing “shock” at the way Kejriwal was willing to “sell out the interests of Punjab for electoral gains” in Haryana as well as Mann’s “abject surrender of Punjab’s interests with the only purpose of saving his chair.”

Warning Punjab chief minister Bhagwant Mann not to attend any meeting with Haryana CM Manohar Lal Khattar over the negotiations, Akali Chief Sukhbir Singh Badal said, “Negotiations are done when you have to give away something.”

“We won’t let a single drop of water go out of Punjab,” he further added. Moreover, he slammed Delhi CM Arvind Kejriwal, stating, “This is not the first time that Mr. Kejriwal has made his intentions clear on the SYL issue, earlier also he had asserted that Delhi and Haryana have equal rights over the SYL waters.”

On the other hand, leader of the opposition Partap Singh Bajwa, on the SYL issue, said, “Chief Minister Bhagwant Mann should not trivialise the sensitive issues of Punjab.” The SYL matter has been one of the most sensitive issues in Punjab for decades now. 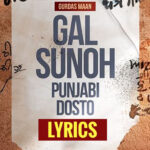 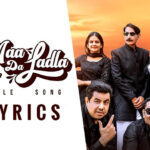