Ayan Mukherji’s superhit film Brahmastra was definitely the biggest Bollywood hit of the year 2022. The film grossed almost 431 crores worldwide and turned out to be a massive hit. It starred Ranbir Kapoor and Alia Bhatt in the leading roles. And now everyone is eying upon its already announced sequel.

Brahmastra 2 is happening and names of various popular actors are popping up in the news reports to play the lead role of Dev. Dev’s identity was kept anonymous in Brahmastra, but it was used well to tease the fans badly.

It was said that the makers of Brahmastra are planning to rope in Shah Rukh Khan, Hrithik Roshan or Ranveer Singh for the role. While fans speculated Dev’s teased body and look looked like Ranveer Singh.

On the other hand, Hrithik Roshan himself dropped some serious hints about starring in Brahmastra 2.

And talking about Shah Rukh Khan, the Badshah actor had a very small yet impactful role in Brahmastra, hence fans want to see more of him. And the film’s makers had also stated that they are planning to spin-off Srk’s role in Brahmastra 2.

But all these speculations and debates have come to an unexpected turn with a big twist. Latest reports state that KGF star Yash has beaten Ranveer Singh, Shah Rukh Khan and Hrithik Roshan as he has been offered the lead role of Dev in Brahmastra 2.

In a recent conversation with Pinkvilla, a source close to the Kannada superstar revealed why he hasn’t signed a film yet. They said, “Yash knows about the expectations of the audience and he doesn’t want to let them down, which is primarily the reason why he is taking his own time to lock the next project. He is loaded with offers by filmmakers from all industries, but it’s a matter of zeroing down on something that appeals to everyone and does justice to the legacy of KGF 2.”

The source also went on to reveal, “After KGF 2, Excel is looking to team up with Yash again on something big and special. They have signed up with Rakeysh Omprakash Mehra for Karna, a mythological epic based on Mahabharata. ROMP and Excel are keen to get Yash on board to play the titular role in the two-part epic.”

Talking about the second project i.e., Brahmastra 2, the source said, “This is another epic tale of modern mythology, and he is offered to play the powerful character of Dev.”

The source made it clear that Yash has not made up his mind yet and he is taking time to finally respond to these big offers. “The two are mere offers from two and Yash is yet to give a go-ahead to either of them. Like every other project, this one is too in the list of the post KGF offers and he is expected to make up his mind by January 2023 i.e., his birthday.”

Though nothing is confirmed yet, it will really be a great and grand project if Yash agrees to Brahmastra 2. 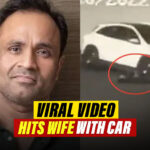 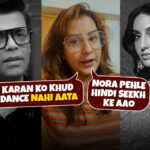