Yashwant Sinha, 84, belongs to Patna, Bihar. He recently joined the Trinamool Congress and has quit the party today before his name was announced, used to be in the BJP before that. He was a close aide of former PM Bharat Ratna Shri Atal Bihari Vajpayee and served as the finance minister of India under the PMship of Mr. Vajpayee.

Yashwant Sinha has strong ties with Congress, along with TMC, and other opposition parties, majorly with the Janata Dal’s oldguards such as BDJ, JD(U), JD(S), SP and RJD. He even has good terms with BSP supremo Mayawati.

On the other hand, the NDA hasn’t declared its candidate yet, but there are speculations of Deputy President Shri M. Venkaiah Naidu to be announced as the NDA’s candidate for the upcoming presidential polls. 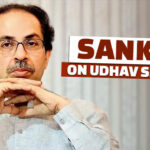 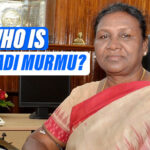