The day has finally come, Sidhu Moosewala starrer ‘Yes I Am Student’ is available for the audience to watch at their nearest theatres. The trailer of the movie, the songs and the hype around it had made a promise to the audience, that this wasn’t going to disappoint us at all, and the promise has been kept.

Jassa is just a normal villager youngster, who is fed up with his miserable life and wants to bring his family and himself out of it. He requests his parents to send him to Canada. The poor family does everything to make a better life for their son and Jassa finally reaches Canada. However, the state of international students in Canada is very pitiful. They are being blamed for working illegally, staying as illegal immigrants, possessing drugs, creating violence and what not! The whole international student community goes through unbelievably hard struggles due to the deeds of a few and Jassa, along with his friend Heera, are also the victims. And this is not all that it has. Sidhu Moosewala and Mandy Takhar’s love life, his face-off with the main villain of the movie, Uncle Baldev (Naginder Gakhar) and countless such elements make the movie a don’t-miss! What the protagonist of the movie goes through, how he tackles the hard Canadian international student’s life and becomes a renowned businessman is what the movie beholds for you in the theatres.

Tarnvir Jagpal has made sure that the movie looks as dramatic as its story is. The direction of the movie is top-class. It has successfully depicted an average student’s life in Canada. Instead of making the movie look grand and showing lavish lifestyles of the character, it tries to show a truer image of life abroad. A scene when Jassa and his friend/roommate Heera are asked to leave their accomodation, and they are roaming in open for days, under heavy rain, shows the directorial accuracy of the movie.

As per the acting department, there are some points where some of the characters feel like actually ‘acting’ rather than giving it a natural touch, but by no means does it let the audience be distracted. Mandy Takhar has played her role beautifully! She has looked very confident in the film and her acting clearly outshines. Considering it was only his second-ever career film, Sidhu Moosewala’s performance as an actor has been average. Sidhu could have been better in the movie, as an actor. Considering it was only his second movie, it was a good performance but we expect him to be better with experience in the future. As per the supporting actors, they have all held the movie’s story tight with their performances, whenever they are on-screen.

Naginder Gakhar, the main villain, is another actor who’s nailed it again. He presents himself as a strong negative character in front of the audience. Amritjit Singh Sran adds the much-required comic touch to the film, along with playing an important part in the storyline of the film. Gill Raunta, who played Heera, Jassa’s best friend and a big brother figure in Canada, has also completely nailed it. Many of his scenes are some of the best comedy scenes that the movie offers!

Gill Raunta has also done an amazing job at story writing. The movie stays true to its purpose throughout, the main character’s success story is well structured and the love story aspect of the film has also been written well, which makes YIAS a movie with various plots to offer at the same point. The dialogues are good but it is one department that could have been better. The plot of the movie is a big one, and a sort of monologue regarding international students could have given the movie much more soul. And there are many scenes that could have been made better with some heavy or emotional dialogues.

The songs! How could a Sidhu Moosewala movie disappoint in this? This is also a department that outshines, completely. In the modern Punjabi Industry, there are few movies that have such an amazing music album as a whole! Jaan, Athra Style and the song that brought tears in everyone’s eyes at the theatre, Baapu, make YIAS’s music one of the best in modern times. However, a disappointing fact is that the song everyone was so hyped about, Yaariyaan, has been reserved for the credits scene! If it had been somewhere in the film, that would have been amazing! It still is a banger, no doubt about that.

Overall, Yes I Am Student delivers what it promised. The soul of the movie, the issue of international students, has been depicted well. The direction has been outstanding, story writing has been amazing, just the dialogue department could have been better, the music is out of this world and the actors’ performances, all of this combined has made Yes I Am Student, a movie that is not going to let anyone walk out disappointed out of that theatre. Sidhu Moosewala has many movies planned and YIAS has left us all excited for them. At the end, Yes I Am Student is a must-watch! Grab your tickets as soon as possible. 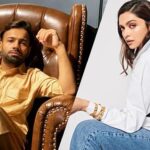 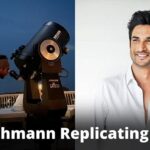