After the successful release of Moosa Jatt in Indian theatres, Sidhu Moosewala’s another most awaited movie, ‘Yes I Am Student’ is also all set to hit the silver screens. And the official trailer of the same is finally out.

The trailer of Yes I Am Student has been released on the official YouTube channel of Sidhu Moose Wala and has attracted more than 2 lakh views in less than an hour. The trailer of this upcoming movie has left us waiting for its release even more eagerly.

Talking about the plot of Yes I Am Student, as the name suggests, it is going to be a story of not one, but various students. While Sidhu Moosewala will play the lead role, he will be seen playing a student from Punjab who aspires to go abroad for his further studies. And this is exactly where all his struggle starts. From his family arranging money to send their child abroad, to the struggles and exploitation that he faces outside the nation’s boundaries is all that will be included in the movie. But the most appealing part which shows Moosewala successful in the end of the trailer has been kept as a secret which will only be unveiled in the theatres.

Apart from this, the main attraction in the movie would be witnessing Sidhu Moosewala’s romantic side, as he will be seen romancing the very gorgeous Mandy Takhar. While Sidhu and Mandy will be the main leads, the movie is also going to feature actors like Malkiat Rauni, Seema Kaushal, Jaggi Singh, Deep Mandian and more.

We are absolutely impressed with the wholesome experience that we had watching the trailer. Because it gave us the glimpse of not only actors’ amazing acting skills, but also helped us have a small sneak peek to the outstanding music and background score. The music in the movie has been given by The Kidd and Intense, and we are truly waiting to experience more of their hard work.

Talking about the excellent team behind the camera, Yes I Am Student is directed by Tarnvir Singh Jagpal. The movie is all set to hit the theatres on 22nd October. You can watch its trailer here,

Moosa Jatt Review: The Movie Has It All, Sidhu Moosewala’s Power-packed Performance And A Thrilling Storyline 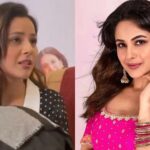 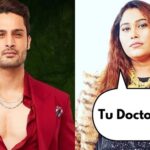