There are various Punjabi singers who are earning immense love and fame in Bollywood as well. We can include various names in the list of such artists, but Yo Yo Honey Singh and Guru Randhawa are the ones who are in the highlights right now. Yo Yo is known for his amazing rapping skills and giving his voice to some of the most popular party starters. And on the other hand, Guru Randhawa is also a popular name among the fans of Indie pop.

And we won’t be wrong if we say that we all are going to receive a great surprise from T Series because reportedly T Series is producing a track with Yo Yo Honey Singh and Guru Randhawa. Though both of these celebrities have worked in both Bollywood and Punjabi Industry, this upcoming project will mark their first collaboration. As per reports, this project was planned way back before, but wasn’t coming into action due to the busy schedules of both the singers.

It is being said that this upcoming project will be a part song with rap and Punjabi beats in it. The song will be shot in Dubai and is expected to be one of the most expensive singles ever made. For now, no other information about the same is out. But we are sure; the beans will be spilled soon. 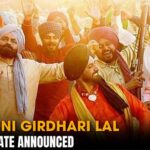 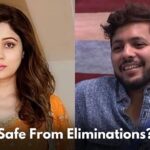