Yo Yo Honey Singh who is usually in news due to his latest songs and projects, is currently in the spotlight due to the case against him. His wife Shalini Talwar had filed a case of domestic violence and sexual abuse on him, and the proceedings of the same are still ongoing.

In the recent hearing of the court, Shalini demanded the court to restrain Honey Singh from alienating or creating any third party interest owned directly or through his companies and had directed him to file all the documents of his companies registered abroad along with other details.

Though Honey Singh’s advocate Rebecca John tried her best to highlight points like a domestic case cannot pass an order regarding a company or business, Metropolitan Magistrate Tania Singh recorded the assurance statement of the singer;  Yo Yo Honey Singh that he will not create any third party involvement in his property in UAE.

The next hearing of the court from the Honey Singh and Shalini Talwar case is scheduled on 28th September. Shalini Talwar had filed the case against Yo Yo on 3rd August, and in a statement she had also mentioned that her father in law walked into her room and grazed her chest.

But Honey Singh claims that all the allegations of domestic violence against him are Malicious. 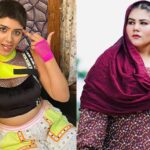 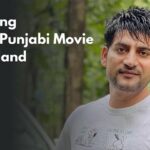