South Indian Superstar, Allu Arjun, has always been in headlines for his too-luxury-to-be-real lifestyle. In addition to having luxurious cars like the BMW X5, Jaguar XJL and a Rs. 2.3 Crore Range Rover in his garage, Allu Arjun has a dreamy Vanity Van too. The Vanity Van even has a name, ‘Falcon’. The words are inscribed on the exterior of the luxury vehicle.

To give the van a futuristic look, Black and Silver colours have been used by the designer, Reddy Customs Caravan. Taking a look inside the van feels like you’re inside a luxury house of a billionaire or a World Class 5-star hotel. But the fact that such luxury exists inside a vanity van, and can move anywhere you want it to is just unbelievable.

Speaking of the features it has, the vanity van, that is made on the Bharat Benz chassis, comes with a special ceiling. The lights of the ceiling are customized in such a way that they change colours as per the mood of the actor when he steps into the van! Now, that’s some mind blowing unrealistic feature to have in your vehicle.

In addition to keeping in mind the futuristic look of the interior as well as the exterior of the vehicle, the designers have also paid attention to making the vehicle spacious and comfortable. Safety, comfort and room to breathe hasn’t been sacrificed for looks, which makes the vehicle much more special.

ALSO READ | You Can Buy 8 Altos For Parmish Verma’s Costly Wearable Item! Check Out What Is It

It has a cabin in which a recliner exists in the center that has the ability to revolve around 360 degrees along with a Tv screen and sofas for the guests by the side. There are various other such comfortable seating and laying down beds, sofas all around the van.

Speaking of the Van’s cost, it goes to a whopping Rs. 7 Crore! The amount in itself is so spectacular that you can get more than 538 Royal Enfield Bullets for that cost. Punjabi boys are addicted to Royal Enfields, we know that, and here is the comparison for that!

The Pushpa star has worked hard to climb to the top of the list of the country’s most acclaimed and popular stars. And it wouldn’t be wrong to say that he’s spending the hard earned money for out-of-the-world luxury. 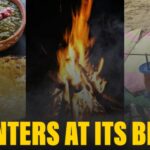 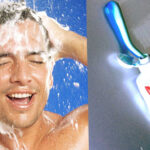