Punjabi Singer Jasbir Jassi has been a long time opposer of the kind of songs coming out in the Punjabi Music Industry. He has earlier also slammed the Punjabi Music Industry for making songs on drugs, guns and violence. When the politics of Punjab took a turn around with the appointment of Charanjit Singh Channi as the new Chief Minister, Jasbir took to Twitter to demand his help.

The singer tweeted tagging the newly appointed Chief Minister of Punjab and requested him to be strict on the Punjabi Music Industry. He vested his trust in the new CM that he will take ‘concrete steps’ to save the Punjabi Culture. He also demanded the CM’s office to be more strict on Punjabi songs and singers provocating weapons and drugs.

He ended the message by calling out the CM to save ‘Punjaabiyat’ as ‘time is too less’. Jasbir Jassi has been in the industry for more than a decade and his songs still keep on entertaining the Punjabi audience all around the world with his songs. In addition to being a veteran singer, he has also made his stance clear on songs promoting drugs and weapons. Almost three months ago, the singer had requested the Punjab government to prohibit songs promoting gun culture.

This is not the first time the Punjabi Industry has been in question for songs promoting guns, violence and drugs. A certain section of the Punjabi audience, song critics and various celebrities have been constantly calling out the industry for making ‘too many’ songs on guns and such items. Jasbir Jassi is just one of them! 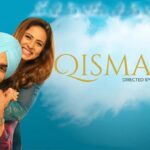