The wait is finally over! We are finally getting a track from none other than Sidhu Moosewala and to make things better, it is his longtime homie, Sunny Malton joining him on the track after years. Announced on 17 December, 2021, Youngest In Charge is finally getting a teaser. It is set to drop today, 6:00 pm IST on 27 January, 2022.

The premiere has been made live on Youtube. It will be released on the official Youtube channel of Sidhu Moosewala. The fans had been waiting for this single update for many months. It can be believed that Sidhu’s inclusion in Politics might have led to the delay of the song or there could be other reasons as well, who knows?

But what we know is that we are finally set to watch the official teaser of one of the most awaited songs in the industry ever! Long time friends Sidhu and Sunny started their Music careers together and formed one of the most successful teams in the history of the industry, but a personal dispute led both of them to part their ways. Things went right and the Sunny-Sidhu duo finally patched up.

It was on 25 October, 2021 that Sunny Malton blew away everyone and the whole industry was left shocked. Sunny uploaded a picture with Sidhu on his official Instagram handle and teased a probable collaboration. It us finally happening, Youngest In Charge is all set to take the charge! 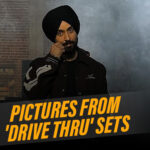 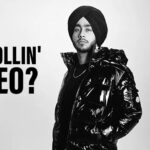