Youtube is our favourite destination for any type of entertainment. It is without a doubt one of the biggest entertainment platforms in the world. Its interface, easy accessibility and freedom to the users is a reason behind its massive success, but the users are soon going to see a massive feature change on Youtube.

Youtube is soon going to take down its Dislike feature. The users will no longer be able to see the dislike count on any of the videos on Youtube. It is not any sort of rumor, the information has been revealed by the official Team Youtube Twitter handle. They stated that it will help in reducing targeted dislikes and their effects on the small creators.

However, the dislike count is not to be mistaken with the ‘Dislike Button’. The dislike button is still going to be present on its usual spot, the only difference is that the viewers won’t be able to see the dislike count on any of the videos. The feature has also come off as a boon for videos like Youtube Rewind 2018, Baby Shark Dance, Sadak 2 Trailer, Baby and more, as they are the most disliked videos on the platform.

While the audience might have mixed reaction to the upcoming feature, Youtube says that it has taken the step after extensive research and testing. This feature will not remove the dislike feature completely. The dislikes won’t be shown publicly but the creators will still be able to see them privately.

Disclaimer: The Article’s title is only for humour and entertainment purposes. Team Kiddaan does not intend anything offensive or disrespectful against any of the figures mentioned 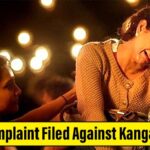 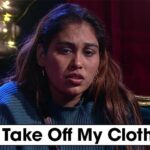