Punjabi Music Industry is continuously growing with the efforts of singers and actors. Every now and then an artist is announcing some upcoming project.

In such conditions, the fans of Yuvraj Hans are also looking forward to experiencing a surprise on their way.

As per recent reports, Yuvraj Hans will be soon releasing a new song titled Door.

Door will feature the very popular actress and model Yuvika Chaudhary opposite Yuvraj Hans and the news has made the fans super excited.

Their fans and fan pages are sharing the news and their pictures together on their stories and expressing their excitement by tagging the celebrities too.

Recently when a fan posted a picture in which Yuvraj and Yuvika were seen posing together he shared his excitement. Later Yuvraj also made an indirect confirmation about the upcoming project by resharing the Instagram story.

For now both of them have not revealed any details or poster or the upcoming song but it is expected to be released by next month i.e. June 2021.

Even though the song is not yet announced, the fans’ excitement and eagerness for its release is justified. Everybody who experienced their on-screen chemistry earlier knows their upcoming project is going to be a super hit as well.

Yuvika Chaudhari and Yuvraj Hans have already shared screens with each other in Yuvraj Hans’ song ‘Paani’ and their on-screen pair was loved a lot in it. 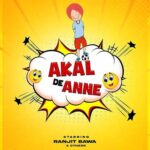 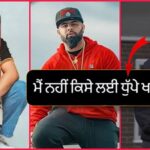