Sonakshi Sinha is counted among the goofiest Bollywood actresses on social media. She undoubtedly is a great actor but also is super fun and chill in real life. She keeps her fans entertained and updated with her life but her relationship status was always kept under wraps. But now it looks like it’s no longer a secret.

Sonakshi recently celebrated her birthday and her fans, friends and admirers poured their lovely wishes and greetings for her on social media. But one birthday wish from a special person has made headlines. We are talking about Zaheer Iqbal who has recently shared a set of three goofy videos to wish a belated birthday to Sonakshi Sinha.

In the video, Sonakshi and Zaheer are in a flight where Zaheer is filming Sonakshi while the actress is eating a sandwich. Reacting to the video recording, Sonakshi begins to act weird which then turns into uncontrollable laughter.

Zaheer wishes Sonakshi a happy birthday and more in the caption. “Happy Birthday Sonzzz…Thank You for not killing me…I Love You …Here’s to a lot more food, flights, love and laughter…P.s – This video sums up the entire time we’ve known each other”, wrote Zaheer.

To this, Sonakshi has reverted with a comment saying, “Thaaankkk uuu … love uuu … now i’m coming to kill uuuuuuuu.”

This one post by Zaheer Iqbal has made headlines and now everyone is curious thinking did Zaheer just confirm his relationship status with Sonakshi Sinha? Though neither of the actors has made any remarks about it, this video has made the fans happy. 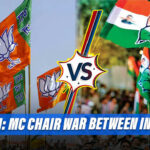 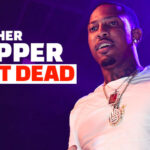