Popular Bollywood actress Zareen Khan is known for bollywood movies like Veer, Housefull 2, and Hate Story 3. And the actress has recently expressed her desire to work with superstar of Punjabi Music Industry; Sidhu Moosewala.

Zareen had an interaction with her followers through an Instagram Q&A Questions n Answers) session recently on the occasion of Eid. While a follower asked her about whether she likes Sidhu Moosewal by questioning ‘Do you like sidhu moosewala’. In its response, Zareen Khan not only confessed that she likes Sidhu Moosewala a lot, but also expressed that she really want to work with him too. Zareen wrote, “Yes lottt, really wish to do a video with him.”

Sidhu Moosewala is a world famous punjabi artist who is winning the hearts of fans from across the world. And since Zareen Khan has now wished to work with him, fans are excited and hoping to see them together sharing screens for any music video.

But if Zareen really gets a chance to be featured with Sidhu Moosewala, it won’t be her debut in Punjabi Industry as she has already featured in two punjabi movies, Jatt James Bond in 2014 and Daaka in 2019, and interestingly in both the movies, she starred opposite Gippy Grewal. 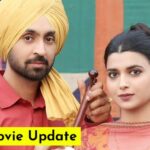 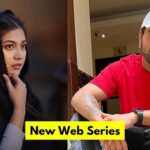