India is a country of rich culture, religion and not to forget FOOD. Our cuisine is as vast and diverse as our country. Our traditional ‘Desi’ food is one of the most popular foods in the world. But you will be in shock that some of our desi street food and staple food do not actually originate in India. So, be ready to read about the heartbreaking truth about Indian foods.

This is the most popular snack item that did not originate in India. We generally love to eat Samosa and Chutney, but this snack actually originated in the Middle East. The name comes from the Persian word ‘Sansbosag’. It was filled with meats, nuts and spices. It was first made in the 10th century. Traders from the Middle east bring it to India.

Are you crying out loudly by now? We are, because this is simply unbelievable. How can one half of the awesome duo of rabri-jalebi not be Indian? But it actually is true! Jalebi derived from the Middle East, where it is still referred to as zulbia. And we’re not the only nation which has been conquered by this dish, because it’s quite popular in North and East African countries as well.

One can be ready to digest every fact, but the fact that tea is not an Indian thing originally is way impossible to believe. Because tea runs in our blood, we need it to carry out our basic functions throughout the day. The country’s favourite actually belongs to China. The British did some good things while they were in India and cultivating tea was the best of them. Since then tea became a part of the culture, or maybe a part of us.

The lovers of Biryani would be left speechless to know that biryani has its origins in Persia rather than India. The dish has its roots in the Persian word ‘birian’ which means ‘fried before cooking’. Quite a shock, isn’t it?

One of the mouth-watering dishes Rajma aka Kidney beans originally belongs to Mexico and is a staple there. We bet you would struggle to agree, but Rajma is not ours. We took it from Mexicans.

No other Indian dessert can dethrone gulab jamun as the king of sweets but it is commonly known now that it is not Indian but actually Persian.

It comes from the Persian words: ‘gol’ (flower) and ‘ab’ (water). The actual Persian dish was known as ‘luqmat al qadi’ which was prepared by soaking the khoya balls in honey syrup and then having them drizzled with sugar.

One of the most common dishes on any Indian dining table and yet, it is not Indian. Dal bhaat originated from Nepal and even though the dish is cooked in almost all Indian states, we have to thank our neighbors for introducing it to us.

Chicken tikka, which is considered as the ‘King’ of chicken dishes, is also not Indian. It was first prepared by a chef in Glasgow, UK, after the customer complained about dry chicken. But actually, it’s dry in texture.

Naan, the one we order with Dal Makhni and Shahi Paneer is not India. But in reality, this famous Indian bread was introduced to India by the Persians who colonized the nation. Today we might think of keema to paneer naan as thoroughly Indian but then it is a gift to us by the Mughal reign.

Well, it is not known where it actually is from, but while returning from Mecca Baba Budan smuggled a few coffee beans. Then he cultivated that on the slopes of Chandragiri Hills in Kadur district in current Karnataka, which gave rise to coffee and its consumption.

Sorry dosa and idli lovers, you guys are kinda at fault too in this list. Idli is a very popular south Indian dish and sometimes even the very favorite breakfast for the people. But it is actually from Indonesia. And it came to India by the Arabs.

So, these are some foods we take our pride in sometimes that don’t even belong to us originally. If you’re feeling angry and heartbroken right about now, join the club. History is messy and confusing, but these revelations have shaken our world a little. Feel cheated and traumatized right? Yep, that’s what we felt too. 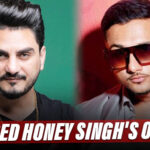