India might have failed to bag an Olympic medal in Hockey since 1980, but it still remains the most successful Hockey team ever in Olympic history. Such was the dominance of Indian Men’s Hockey in the earlier times. A hockey player was born in every street and a village called ‘Sansarpur’ is its greatest example.

The village Sansarpur is situated in the Jalandhar district of Punjab. Though the total population of the village is not even 5,000, the number of Olympian Hockey players it’s given to the world are more than any other region of the country. The village is known for producing 14 Hockey players, more than any other region of India, who represented India, Kenya and Canada in Hockey at Olympics level.

In a particular Olympics, 7 players from the Village played Hockey, 5 for India and 2 for Kenya. In total, the 14 Hockey players have won 27 medals for their respective countries in Hockey at various international tournaments.

Indian Men’s Hockey Team has been the most successful team ever in the history of the Olympics. The team had been successful in winning a medal in every Olympics from 1928 to 1960. It holds the record of winning 6 Gold Medals in a row and 8 in total at the Olympic stage. The last medal for Indian Men’s Hockey team came way back in 1980, which was a gold. And after that, for 41 long years India failed to win a single medal at the prestigious tournament.

Indian Men’s Hockey Team made history by winning the country’s first ever Olympic medal, a Bronze, after a wait of 41 years. The women’s hockey team might have missed a medal but they too created history by giving India’s best ever performance at the Olympic stage. The performances of these teams have given a re-birth to the game of Hockey in India and both the teams have become a part of Indian history. 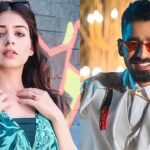 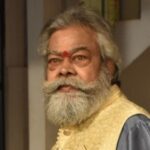