Punjabi star Akhil has finally come up with an announcement. He’s revealed the first look of his upcoming single titled ‘Shopping Karwade’. This will be his next track after ‘Paglaa’ starring Avneet Kaur, which was a huge hit. He made the announcement public through social media.

The song starring Akhil and Ritu Pamnani will be officially released on the 26th of July. Akhil has sung and composed the song. Renowned music producer Bob has produced the music for the song. Bob has worked with Akhil previously in songs like ‘Khaab’ which established Akhil as a reputed singer in the industry.

Prominent lyricist of the industry, Navi Ferozpurwala has lent his talented pen to the song. Navi is the lyricist of all-time Punjabi hits like ‘Wakhra Swag’, ‘Mitran De Boot’ and countless more. The video’s been done by Sukh Sanghera who doesn’t require an introduction.

The song is a much-awaited project due to the quality of the team connected to it. All of the artists are masters of their respective fields and when brought together, the combination is going to be a deadly one. 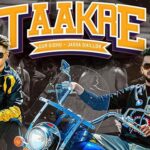