Moreover, this is the very first time that Nimrat Khaira will be sharing the screen space with Amberdeep Singh who is also a profound director and writer.

The lead actress Nimrat Khaira took it to her Instagram handles to share stills from the shooting of the film. The pictures revealed the looks that the lead pair will be adorned in the movie, and the audience is thrilled to see the different looks. The fans are already in awe of all the shoot photographs that are doing rounds on the internet. Take a look at the photos:

Based on the concept of the hardship of farmers, Je Jatt Vigad Geya can be released anytime soon. Further, it will be a serious drama highlighting important issues. Therefore, the look carried by the lead duo in the film is simple and is  reflective of the concept of the film. 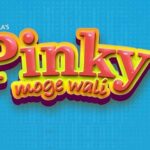 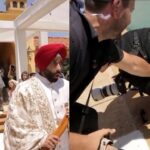