Arun Yadav, the head of the BJP’s Haryana IT Cell, has been suspended by the party leadership on Thursday as calls for his arrest for offensive tweets about Muslims and Islam grew louder. He made several derogatory remarks on Twitter against Zubair, the Alt News co-founder who was arrested recently.

With Arun Yadav’s controversial tweets, soon #ArrestArunYadav went trending on top. People from across the country not just criticized him but even demanded his arrest. The opposition leaders lashed out at the BJP, accusing the party of showing “leniency” with Arun Yadav.

But, instead of this eyewash, will these “hate-spreaders” ever be arrested?”

The netizens even questioned that when a quick action can be taken against Zubair over his tweet, why no action has been taken against Arun Yadav? Arun Yadav is popular on social media. He has over 6 lakh followers on his official Twitter handle. As per the media reports, with #ArrestArunYadav went trending on Twitter, there were more than 85,000 tweets demanding his arrest.

Though now he has been suspended from the Bharatiya Janata Party, the netizens are still questioning why he hasn’t been arrested yet. The tweets sent out by Arun Yadav between this year and May 2017, witnessed thousands of shares. Though, till now, no police complaint has been filed against Yadav, despite being from 2017, Arun Yadav’s tweet is now trending on social media. 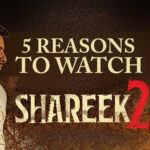 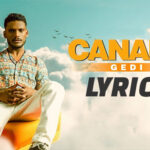