Sufna actress Tania has dropped a series of pictures on social media in which she can be seen wearing a dark wine lehenga. Needless to say, the actress is looking insanely beautiful in all her pictures. Tania has been making heads turn with her chic fashion choices ever since she stepped foot in the film industry. The actress keeps her fans updated with her style statement. Her recent social media post proves the same.

The outfit featured a traditional skirt, a blouse and carried a dupatta over it. The monochrome ensemble had a plain texture. For makeup Tania left a base simple and dewy. The actress added a tinge of color to the lips, well defined eyebrows and brown-orange lips.

Further, she styled her hair in a down ponytail with some strands framing her face and also added the style statement with a pair of bangles, maang tikka and a choker set. Tania can rock any look. Take a glance at her traditional avatar:

We all know that Tania carries any outfit with grace and confidence. She gives us major fashion goals from time to time. 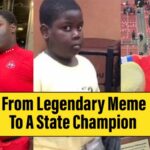