If there’s one Pollywood actress who makes us fall in love with ethnic wear, every time she steps out, it has to be Nimrat Khaira. She has recently dropped a few pictures in a traditional ensemble in which the actress is looking astonishing and leaves fans gushing over her.

The pictures showed Nimrat dolled up in a pink blouse, dark blue velvet lehenga and hand embroidered beige dupatta and we guess our heart too just skipped a beat as we swoon over her sultry ethnic fashion. While the Lahoriye star and classy looks go hand in hand, her recent gorgeous style has left fans and fashion police totally smitten and we don’t blame them.

Nimrat accessorized her look with a pair of statement traditional choker set, jhumkas, maang tikka and some heavy bangles from Jagdish Jewellery. Wearing a dab of nude lipstick that matched her eyeshadow shade, Nimrat enhanced the glam quotient with rosy blushed and highlighted cheeks, mascara-laden eyelashes and filled-in eyebrows.

Here are the gorgeous pictures of Nimrat Khiara:

Striking elegant poses for the camera, Nimrat proved that be it easy going boho-chic looks, royal satin silk garments or festive ghararas and lehengas, the diva is a pro at slaying in each and how. 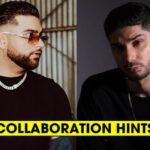 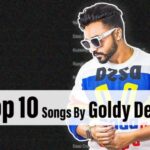