The political drama in the Indian National Congress reached its peak, with more than 90 MLAs handing over their resignation to assembly speaker CP Joshi last night. Moreover, the majority of the Congress MLAs, reportedly 92 from amongst the 108, are with CM Ashok Gehlot. With this, the political tussle between Sachin Pilot and Ashok Gehlot has come to the fore.

However, it was speculated that the Congress high command was ready to replace Gehlot with Sachin Pilot, but the recent developments make it clear that the Gehlot Panel do not want Sachin Pilot to be the chief minister of Rajasthan at any cost. Subsequently, it’s clear that CM Ashok Gehlot is behind all this political tussle.

Also read: Punjab Governor’s Response To CM Bhagwant Mann: Cites Article 167 and 168 Of The Indian Constitution All You Need To Know

Meanwhile, Sachin Pilot looks in the position of “wait and watch” until any further development from the Congress high command. However, it’s speculated that now, after such a huge revolt against the orders of the party high command, possibly the Gandhi family may think of someone else than Gehlot, to contest for the Congress president post.

Reportedly, if not Gehlot, then former CM Digvijaya Singh, ex-CM Kamal Nath and former home minister Sushil Kumar Shinde’s names are on the top of the list for the Congress president post.

Meanwhile, in Rajasthan, with more than 90 of the Gehlot’s supporter MLAs giving their resignation to assembly speaker CP Joshi, the Congress party is in trouble now. Not only saving the government in Rajasthan, but even managing Sachin Pilot now, are the biggest challenges for the Gandhis now.

The MLAs in support of CM Gehlot, have put up three conditions in front of Ajay Maken and Mallikarjun Kharge, the two observers of the grand-old-party in Rajasthan. As per the information, these three conditions are:

1). The next chief minister to be amongst the 102 loyalists of Ashok Gehlot.

2). All the MLAs will meet in a group with the observers, not individually.

3). The next CM’s name must be announced after October 19, when the new president of the Congress party is elected.

However, the observers have denied bowing down to Gehlot camp on these three conditions, but added that they would talk to each and every MLA. Meanwhile, the tussle in Rajasthan Congress, amidst the ongoing Bharat Jodo Yatra of Rahul Gandhi, is seen as a major setback for the party’s image. 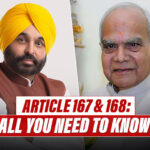 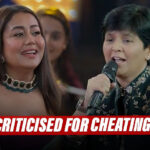