Sardool Sikander is the voice of the Punjabi Music Industry which won hearts and experienced a journey from Sardool to becoming Sikander. But today, he is no more with us.

Music was something Sardool Sikander received in his heritage as his family was already connected with music. He was born on January 15th, 1060, when his parents named him after a Farsi word Saar-Dool, which meant a Lion. And Sardoor Sikander literally ruled on Punjabi Industry like a lion king.

But the journey from Sardool to Sikander wasn’t easy at all, as he used to travel to Delhi, sleep at bus stands, and bear with Police as well. This is how he used to reach out to music companies, where too he was rejected by looking at his clothes and outfit. But his hardwork and dedication were reasons, which made it a fruitful journey for him, as he got the opportunity to record his first song by Charanjit Ahuja.

But when we are talking about his first official song, we can’t miss the fact that he first sang Shabad in Ramleela at the age of 7. He was given 7 rupees for the performance, which means his achievement to earn lakhs started from earning 7 rupees. Though he was the youngest in his family, he earned and fulfilled the needs of his family.

His life took the most beautiful turn when he fell in love. He first met Amar noorie at an Arena, and they both became life partners. The love was so pure than when Sardool Sikander needed a kidney, Amar Noorie was the first one to step forward. Their life became no less than a beautiful dream, when they became parents to Alaap and Sarang.

Today, he is not with us, but his songs will keep him alive in our hearts forever. Master Saleem says, “Sardool Sikander wasn’t only a singer, but was a music institute on his own, the institute which has helped many singers to grow. Today the entire industry is giving him tribute.” 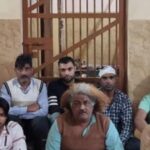 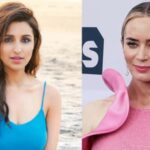