Movie announcements have now become an everyday business in the Punjabi Film Industry. It just keeps on announcing one after another brilliant projects and Punjabi cinema fans are the luckiest in the world to have this industry.

Another film has been added to the already long list. The movie titled ‘Paune 9’ has been officially announced by Dheeraj Kumar, who will be playing the lead role, through social media.

The film has been directed and written by Baljeet Toor. The project has been produced by Amigos Motion Pictures and Vishwanath Prajapati is the DOP of the project. Avtar Singh Bal is going to be the assistant writer for the film.

Alongside Dheeraj, the film also stars actors Rohan Verma and Jaggi Bhangu. Prior to the announcement, Dheeraj Kumar was dropping various hints at a probable upcoming film. He had dropped a post on his official Instagram, giving some hints at the probable title of the upcoming film.

A photo of a digital wristwatch with 8:45 (Paune 9) time on it was uploaded by Dheeraj. The audience couldn’t guess the movie’s title from that picture but now, the official announcement has been made.

Dheeraj Kumar started his acting career with ‘Rupinder Gandhi – The Gangster’ (2015) movie. The actor received appreciation for his excellent performance and now has a number of films in his hands. In addition to Paune 9 and Warning, the actor will also star in Punjabi films Tu Judaa, Takhatgarh, Kaala Sheher and Ruffal. This year has proven to be a turn-around in the artist’s career and we are really excited for all of his projects. 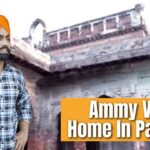 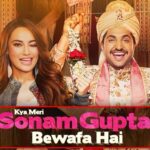