The ongoing political tussle between the AAP and the BJP seems to raise more, reportedly with 9 of the 62 AAP MLAs being “unreachable”, ahead of the meeting of all legislatures called by the Aam Aadmi Party. However, senior leader and AAP MLA Saurabh Bhardwaj has claimed that all the MLAs of the party are intact, adding, no one would go anywhere.

Furthermore, Saurabh Bhardwaj even claimed that the BJP had been planning to break around 40 MLAs of the AAP, offering them with a bribe of ₹20-25 crore each, to topple the Kejriwal government in Delhi. However, he further added that CM Kejriwal has successfully spoken with all his MLAs and they’re going nowhere.

After the meeting, the AAP MLAs, along with CM Kejriwal, went to Rajghat to offer prayers. This is seen as a show of strength by Arvind Kejriwal. He, in a tweet, questioned the BJP, accusing it of offering ₹800 crore (₹20 crore per MLA to 40 legislatures).

Tomorrow, on August 26, the Kejriwal government has even called a special session of Delhi assembly, over the current issue of the alleged irregularities in the excise policy of Delhi government. Moreover, with the news of 9 AAP MLAs being unreachable, the tension for the Aam Aadmi Party seems to rise.

As quoted by ANI on its official Twitter handle:

On the other hand, the BJP has called this entire news a “political stunt” of the Aam Aadmi Party, in order to divert the people’s attention from the excise policy of the Kejriwal government. Surprisingly, amidst the ongoing tussle, deputy CM Manish Sisodia, along with Punjab CM Bhagwant Mann, is in Una, Himachal.

The Aam Aadmi Party has announced its electoral guarantees in Himachal today, related to the health sector. The AAP has been accusing that the BJP is actually scared of the AAP’s rising popularity in Gujarat and Himachal, the reason why it’s trying to topple the Kejriwal government and defame its leaders.

However, the BJP stated, “If it was 2013, some people might believe what the AAP is claiming, but in the current scenario, even if we have 50 MLAs from the AAP, we won’t be able to have our government. All this is nothing but a publicity stunt by Mr. Kejriwal to divert the people’s attention. We will sprinkle Ganga Jal at Raj Ghat, as the AAP has tried to use it for its political vendetta, ” said Parvesh Sahib Singh in a press conference. 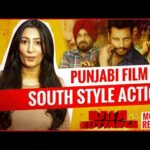 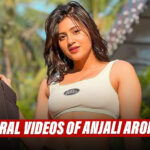