The high political drama today came to an end after BJP leader Tajinder Pal Singh Bagga returned back to Delhi, hours after being arrested by the Punjab Police. Bagga was picked up by the Punjab Police Friday morning from his residence in West Delhi in connection with an inflammatory statements case. On the other hand, the Delhi Police has filed an FIR against the Punjab Police for “abduction” and “assault”.

Why was Bagga arrested?

A platoon of the Punjab Police descended on the BJP leader’s Delhi residence this morning in connection with a case registered against him by an Aam Aadmi Party leader, Sunny Singh Ahluwali, in Mohali last month. The AAP leader had alleged that Tajinder Pal Singh Bagga had made provocative statements, spread rumours, and tried to create religious and communal enmity, and that he allegedly threatened Arvind Kejriwal during a protest on March 30. Ahluwalia had also submitted statements and video clips of Bagga to the police.

As per the report of Times of India, a Haryana police officer has said, “We have brought Bagga and the Punjab police team to the Thanesar police Station, Kurukshetra. We have questioned the Punjab policemen.” A team of Delhi Police has reached the police station, while Punjab ADGP Sharad Satya Chauhan is also expected to arrive in Kurukshetra.

After Delhi Police took Bagga’s custody, Punjab cops approached the Punjab & Haryana High Court against the “detention” of its police team in Kurukshetra. Terming the intervention by Haryana Police “a violation of law”, Advocate General (AG) Anmol Rattan Sidhu claimed that everything was going as per procedure but the Haryana cops delayed the process.  The Punjab government also requested the court to not let the Delhi Police cross the Haryana border with Bagga.

The SSP, SAS Nagar Mohali, had then sent a letter to his counterpart in Kurukshetra, requesting the release of the Punjab Police team and the accused, Bagga, so that he may be presented before the court “in time as per law”. The team being stopped in Haryana “tantamounts to illegal detention and interference in administration of criminal justice system”, said the SSP.

According to the report of Times of India, Bagga’s mother alleged that the police didn’t allow her son to tie his siropa before the arrest and assaulted his father while he was trying to take a video of the incident. She also hit out at CM Arvind Kejriwal for “daadagiri”.

Speaking on his views on the row, Khattar said Punjab Police should have informed its Delhi counterpart and followed the protocol before the arrest. “There was an attempt to disturb democratic set-up by using political vendetta against Bagga. Punjab Police was forced to arrest Bagga due to political pressure.”

Whereas, ASG Satya Pal Jain representing Delhi Police said the state police have taken BJP leader Tajinder Singh Bagga back to the national capital adding, that further action will be taken. “We have not arrested or detained anybody from Punjab Police. They didn’t intimate Delhi Police before arresting him and themselves took him into custody. The case will be heard tomorrow morning at 10 am.” After this full day of “Bagga” tussle, the political battle between the BJP and the AAP, seems to be rising more. 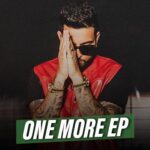 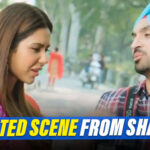