The assassination of Punjabi singer Sidhu Moosewala was a high-profile murder case. The unfortunate demise of the popular Punjabi singer had left lakhs of people in shock and utmost gloom.

He was shot dead by a group of armed men on 29 May near Mansa. Since then, the Punjab Police has been busy investigating the case and various names of the accused directly or indirectly involved in the case were brought to light.

And as per the recent update on the case, two gangsters; Jagroop Singh Roopa and Manpreet Singh alias Mannu Kussa, suspected to be accused of Sidhu Moosewala’s murder have been killed. They were shot dead by Punjab Police in an encounter that took place in Hoshiar Nagar village, near the Attari border in Amritsar.

Reportedly, Jagroop Singh Roopa was killed first and on the other hand, Manpreet Singh alias Mannu Kussa continued to fire for almost an hour before he was shot dead too.

Reportedly, the gangsters were asked to surrender but they opened fire on Police. 3 Policemen and a cameraman of a news channel have also been injured in the cross firing.

The Anti-Gangster Task Force, State Special Operation Cell and Organized Crime Control Unit had cordoned off the area. Announcements were also made by local Gurdwara asking people to stay indoors. 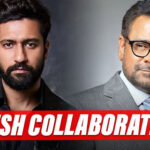 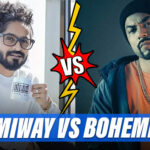