An everyday event that can be seen in the new hype of people uploading videos of anything and everything on social media took a tragic turn recently. A clip of a road accident has been uploaded on Instagram at many pages.

In the video, you will see a person driving a car at the speed of 160 and making videos on Punjabi songs. The video also shows that the car speedily overtaking the truck, apparently not considering vehicles coming from the opposite side of narrow roads. After a few seconds it crossed with another truck and bridge but the speed remains same, in fact it increased a little.

The video is no doubt very horrifying and will give you goosebumps. And at the end of the video you will see that the car lost control and crashed into some tree. Take a look at terrorizing video:

The shocking video has gone viral on social media and has been circulating on messenger groups. Meanwhile, the place and the name of the victim is not yet identified. But what we learn from the video is that whether alone or with passengers, driving safely must be your top concern.

Be careful while driving; Speed Thrills But Kills. 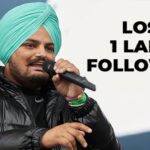 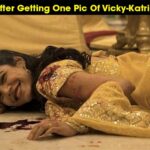