A video shot by a woman has been going viral on social media in which a few men are seen holding sticks and sluggers. In the video we can hear the woman shouting and cursing the men and also pointing out to someone they killed.

As per social media reports, this case is from village Hassanpura near Batala, where a widowed woman named Kulwinder Kaur lives with her family of two kids. And when her mother and sister came to meet her, factory owner Maninder Singh dug up 7ft holes in front of her house so that she could not get out.

The news says, when Kulwinder opposed it and tried to confront Maninder he with 15 men attacked her and her family and beaten up them all including Kuleinder’s 70 year old mother too. The people even killed their dog while they were trying to threaten them with gunshots.

The police have not filed a complaint yet and hence social media is becoming the platform to support Kulwinder Kaur and her family. Her video is going viral and people are asking for justice.

Here is the link to video if you haven’t watched it already, 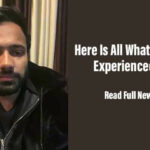 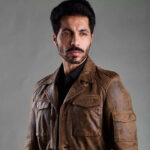