Regarded as one of the finest actresses in the industry, Aditi Dev Sharma is known for making her debut in the Punjabi Film Industry with the movie ‘Angrej’. Angrej instantly became a hit and embarked its name forever in the history of Punjabi Cinema. Aditi Sharma couldn’t have dreamt of a better debut than Angrej but she could have actually debuted in the industry, almost a year ago with Babbu Maan starrer ‘Baaz’.

She was all set to play the female lead alongside Babbu Maan in the movie ‘Baaz’, released in 2014. Even the announcements regarding the movie had been made. But, things took a turn when Aditi Sharma’s shooting schedule for a Bollywood film collided with Baaz’s schedule! The date clashing forced Aditi to quit Baaz for the Bollywood film.

Aditi told director Simerjit Singh about her schedule problem, who understood it and let Aditi continue with her Bollywood project. One year later, Simerjit again approached Aditi for the movie ‘Angrej’ and this time the duo finally made it to the theaters. Angrej is undoubtedly one of the best of the cinema.

Starring Amrinder Gill in the lead, Angrej not only marked the debut of Aditi Sharma but also actors like Ammy Virk and Sargun Mehta that would go on to play remarkable roles and take Punjabi Cinema to all new highs. It is interesting how one decision of your life can change the whole course of your life. 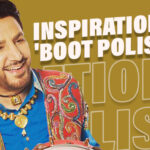 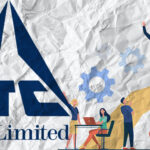