Bollywood actor Akshay Kumar was recently surrounded by a new unexpected controversy when he endorsed a tobacco brand. Earlier his personal reasons to get upset with Kapil Sharma had made headlines, and now, he has entered another controversy.  He is currently being bashed for becoming the brand ambassador of a tobacco brand. And the mega-star has recently apologized to his fans for the same and stated that he has never and will not endorse tobacco in future.

It all started when the recent commercial of Vimal Pan Masala featured Akshay Kumar as the brand ambassador of the brand. And Akshay had to deal with massive criticism and backlash for the same.

And soon after the tobacco commercial caught the attention of netizens, an old video of Kumar went viral. In the old video from 2018, the Bollywood superstar was flaunting how he never accepts huge money for endorsing tobacco. He said that he will never do ‘galat kaam’ as stands with ‘swasth bharat’.

Netizens felt Akshay Kumar is being a hypocrite and hence bashed the superstar badly for not standing by his words. And now reverting to all the backlash, Akshay Kumar has released an official statement where he announced his step back from Vimal Pan Masala. He first apologized and stated that the reaction of his fans has deeply affected him. In the statement, he wrote,

“I am sorry. I would like to apologise to you, all my fans and well-wishers. Your reaction over the past few days has deeply affected me. While I have not and will not endorse tobacco, I respect the outpouring of your feelings in light of my association with Vimal Elaichi. With all humility, I step back. I have decided to contribute the entire endorsement fee towards a worthy cause. The brand might continue airing the ads till the legal duration of the contract that is binding upon me, but I promise to be extremely mindful in making my future choices. In return I shall forever continue to ask for your love and wishes.”

Akshay’s quick action for the satisfaction and happiness of his fans has earned him love and respect from some people. The fact that Akshay publicly apologized is winning hearts and people are curious to know what will be the statement of tobacco brand Vimal on this controversy.
Also Chcek: Amrit Maan’s Comments On KGF 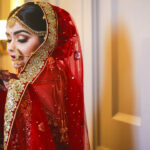 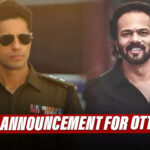