Ammy Virk who has already marked his name in Bollywood with films ‘Bhuj’ and ’83’, is all set to entertain his wide audience with another movie. The actor took to social media and shared a picture with Vicky Kaushal which clearly shows that the duo will be collaborating for a Bollywood film.

And now more details about the film are also out. Apart from Vicky and Ammy, Triptii Dimri who did a commendable job in Netflix’s Bulbbul will also be seen in the movie. The upcoming Romantic Comedy is directed by Anand Tiwari and produced by Karan Johar. Apart from Vicky, Ammy has also shared a post with Karan on his Instagram.

According to the Pinkvilla reports, Vicky and Triptii will be shooting at a Mumbai studio for a month. After that, they will head to Delhi and a few other locations in North India. However, the makers will do one final recce there before they roll with their second schedule.

The film features Ammy Virk in a pivotal role, has an extremely entertaining and unique script, and also has an important message for the audience. The team did a few readings before they started shooting for the film.

Fans of Ammy Virk are surely delighted, as the artist is doing wonders in Bollywood Cinema and making the community proud. Meanwhile, the title and the release date of the film is yet to be revealed, so till then let’s wait for more updates. 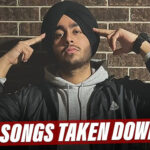