A real actor is someone who does not act and is instinctive. The same is the case with Punjabi actor Ammy Virk. The singer entered the film industry with the movie “Angrej” in 2015. The movie made a special place in the hearts of every Punjabi cinema fan. Ammy Virk has gone a long way from Angrej to his recent movie “Sufna”. Here we are presenting you the beautiful film journey of Ammy Virk to become one of the best actors in the industry.

Here Are The Top Best Movies Of Ammy Virk

Ardaas marked the debut of Gippy Grewal as a director. Released in 2016, the movie revolves around Master Gurmukh (Gurpreet Ghuggi), who, while facing his own inner-guilt, tries to teach the whole village to look at the positive aspect of all life problems. Ammy Virk plays the role of AgyaPal Singh (Aasi). The movie restructured Ammy Virk as an actor. He became more of Ammy Virk on screen than the actor Ammy Virk on screen. The movie gained worldwide praise for its beautiful portrayal of real-world problems and honest insight in how everyone goes through multiple problems, but life goes on.

The movie that gave us Ammy Virk and Sargun Mehta as actors, Angrej. Released in 2015, Angrej was Amberdeep’s dream come true project. He’d always wanted to work on a period film based on the Punjabi culture. The romantic-drama describes the love-tale of a young farmer Angrej (Amrinder Gill) and a young girl, Maano (Aditi Sharma). Maano loves Angrej, only until a rich landlord from Lahore, Haakam, (Ammy Virk) starts offering her wealthy gifts. Angrej is the war between money and love that deviates the Angrej-Maano love story to the Angrej and Dhann Kaur (Sargun Mehta) story and marks itself in the Punjabi film cinema’s history as one of the highest grossers of all time. Ammy Virk won the Best Debut Actor Award for his role in the movie and his very first movie is still one of the best movies of Ammy Virk.

Another addition to the Ammy Virk Best Movies list. Released in 2016, this movie announced the arrival of one of the best Punjabi cinema actors, Ammy Virk, to its truest sense. The movie earned multiple awards at the 1st Punjabi Filmfare Awards and even earned Ammy Virk the Best Actor award (shared with Amrinder Gill). The movie gives a beautiful message, Do not challenge the dignity of a man, he can fly above the sky to retrieve his self-respect, all this with the help of a story revolving around a Bambukat (motorcycle).

It was now time for Ammy Virk to reveal his comic side. Released in 2016, an Ammy Virk movie with Sonam Bajwa was already destined to rule everyone’s heart. Ammy Virk plays the role of Yadwinder (Nikka) whose marriage is fixed with his girlfriend, Manraj’s (Sonam Bajwa) sister. Simerjit Singh directs the story of this cute fun love story, while the signature light Punjabi comedy keeps the audience stuck to the screens.

Is there anything Ammy Virk hasn’t tried? In Saab Bahadar, he goes on to play the role of a police officer who investigates the murder of a prominent citizen in his village. The murder mystery attracted positive reviews from its viewers, mainly because it was a genre not much explored by the Punjabi cinema yet. Despite doing limited business at the box office, the film for sure deserves a spot in the best Ammy Virk movie list.

The second installment of the Ammy-Sonam starring romantic-comedy is just as good as the previous one. It is another Ammy Virk movie with Sonam Bajwa, and the least you can expect from this pair is a superhit. What happens when you add some ice to a perfect whiskey-water mixture? Wamiqa Gabbi’s performance did the same to the movie. Nikka (Ammy Virk) loves Saawan (Wamiqa Gabbi) but is forced to marry Roop (Sonam Bajwa). While chasing Saawan all his life and finally becoming successful, Nikka realizes at the end that he was giving up the moon for the stars, it was Roop whom he loved unconditionally. The movie is well garnished with occasional light humor and is sure to keep you entertained all through the journey.

Released in 2017, Sat Shri Akaal England featured Ammy Virk and Monica Gill in the lead roles. It narrates the story of a stupid yet honest youth German Singh Maan (Ammy Virk) who ardently desires to migrate out of India but always fails due to his habit of being too honest. Then the movie revolves around how German executes a fake marriage visa fraud with Geet (Monica Gill) to reach England and the aftermath of the event. Ammy Virk revealed in an interview with Sonam Bajwa at the show Dil Diyan Gallan that he did the movie only for money purposes because he was in desperate need of money owing to the construction of his house going on in his village.

Amberdeep Singh’s skills as a story writer and as a director are beyond this world. Laung Laachi gives us an insight into the actor-Amberdeep. The film stars Amberdeep, Ammy Virk, Neeru Bajwa, Amrit Maan and various artists. It chronicles a beautiful story of a couple, who decide to live as strangers for the wife to fulfill her desire to fall in love before marriage. With the beautiful story, the movie successfully delivers a deep message of how the little innocent heart desires are so important in one’s life.

The film Harjeeta gave us a completely new side of Ammy Virk. Released In 2018, the film revolves around the rise of a hockey field player, Harjeet Singh, who rose up from a poor family and went on to captain the national team in the Junior World Cup. A sports movie is sure to be full of emotion, motivation, determined performances from the actors and a real authentic story. Harjeeta is no different. Ammy Virk had to lose 22 kgs to look like Harjeet Singh, the professional hockey player. The movie was an extremely challenging one for Ammy involving hardcore training to lose weight and the first time working in a biographical-sports film is not a piece of cake for everyone. But Ammy Virk had already found the magic wand that made him one of the best actors in the industry. The whole team went on to nail every bit of their parts, in turn, earning the film two national awards.

Qismat sits at the very top in the list of all-time Punjabi cinema greats. If you haven’t watched Qismat, you have not watched what a beauty Punjabi cinema has become. Released in 2018, the movie was the first Ammy Virk movie with Sargun Mehta since Angrej and it also marked the debut movie for Tania. Sargun and Ammy both made their debut together into the industry and destiny had re-scheduled their meet-up, this time in an even more beautiful way. Ammy and Sargun had both decorated themselves with countless accolades so far and the movie was expected to be one of the greatest Punjabi hits, which for sure it was. The trailer of the movie is alone enough to make you cry until you don’t possess a heart of rock. The film, as per everyone’s expectations went onto fill its trophy shelf with countless awards.

Another Ammy Virk-Sonam Bajwa addition to the Ammy Virk movie list. Released in 2019, the film revolves around a Punjabi tradition of the same name as the title. Muklawa means bringing the bride back to her home after the marriage. The same super hit pair in the movie again does not disappoint the fans and gives them one of the highest-grossing Punjabi movies of all time. Ammy Virk individually received numerous praises for his honest performance in the movie.

Released in 2019, Nikka Zaildar 3 is the 3rd installment in the Nikka Zaildar series. While the second installment introduced Wamiqa Gabbi in the series, the third had her playing the lead role in the place of Sonam Bajwa. But Wamiqa by no means disappoints the fans. This time Nikka Zaildar brings a fresh story, where Nikka is possessed with his father’s soul following his father’s death. Though the movie did not convince the audience as much as its predecessors did, it did fairly well at the box office.

We are lucky to be alive in the era when Sufna was released. Words can never describe the feeling that Sufna is. Released in 2020, Sufna is a beautiful depiction of a love story between Jagjeet (Ammy Virk) and Teg (Tania). Everything about the movie is beyond words. The camera work, the shots, the scenes makes a common Punjab village feel like the most beautiful place on the earth. Tania’s role is the show-stealer in the movie. Her innocence, her dialogues, her very presence and not to forget, her little teeth, in the movie give it an indescribable aura. The movie gave us some of the greatest dialogues of the Punjabi cinema. The movie was released on the day of Valentine, probably a way of educating the youth about what true love is all about. In the modern world, where love has become so materialistic, Sufna is a successful try at depicting an honest love story where both the partners are ready to go beyond anything for each other’s love. 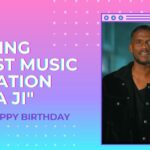