Punjabi Music is something we all can never get rid of. Punjabi music and beats have impressed audiences from across the world. And the best part is that now it is not even limited to the borders of Punjab only, because the obsession of Bollywood for Punjabi songs is noticeable to all.

Desi Crew is one of the best and leading music producers of the Punjabi Industry. It comprises of the duo of Goldy Khalon and Satpal Malhi. Desi Crew needs an introduction, as it has been serving us great music since years.

It has given music to some of the super hit and chartbuster tracks like Kya Baat Aa, Born To Shine, Jhanjar, Att Karti, Ajj Kal Ajj Kal and a lot more.

Some of his best projects are Kaali Camaro, Designer,  Aa Gaya Ni Ohi Billo Time, Up & Down and many more.

Clash, Chosen, Legend, Dhakka and many more super hit tracks have slide from The Kidd’s basket.

4. Yo Yo Honey Singh

Yo-Yo Honey Singh has been ruling the industry since the time when Bluetooth was the trend. We are still hooked to his various Pollywood and Bollywood songs like Blue Eyes, Desi Kalakaar, Loca, Aao Raja and the list is never ending.

Avvy Sra is the favourite music director of the generation. His songs hit the million mark on Youtube in no time. The list of his best projects is long, which includes superhit songs like Bhabi, Oye Hoye Hoye, Banglow, Vail, Titliaan and many.

No music lover who belongs to this generation is unaware of who B Praak is. His vocals and music, both have become the all time favourite of the industry.

Snappy has made a special place for himself in the Punjabi Music Industry with his superhit songs like Surmaa Kaala, Girlfriend, Jatt Da Muqabala and many more.

There is no doubt in the fact that Jatinder Shah has iven his music to many blockbuster punjbai films and superhit tracks. You can enjoy his beats in songs like, Sajjan Raazi, Saah, Udaariyaan and many more.

Money Musik is the most popular Punjabi music director of current time. His superhit collaboration with AP Dhillon is winning the internet. His projects include songs like GOAT and Deadly.

Pav Dharia is winning hearts with his lovely compositions. He has entertained us with songs like Na Ja, Nain and Zindagi Haseen.

Mix Singh in the house is a line which we are hooked to. He has the secret formula to make us fall in love with his work. He has given us superhit tracks like Skahiyaan, Ik Tera, Sorry and College.

Yeah Proof, just like its name, produces cool music for superhit tracks. He has collaborated with singers like Karan Aujla, Parmish Verma and Hardeep Grewal.

His renowned projects include super hit tracks like Red Eyes, Till Death, Adhiya and more.

Who doesn’t know Sukh-E Muzical Doctorz? We all have grooven on his music in various up-beat tracks. But that doesn’t mean he has worked for music of other genres.He himself is a singer and song-writes besides being a popular music producer as well.

He has given music to many superstar singers of Punjabi industry from Ammy Virk to Sunanda Sharma.

Some of his highly appreciable projects include Duji Vaar Pyaar, Gallan Teriyan, Munda iPhone Warga and many more.

Byg Byrd stays in the spotlight due to his upcoming tracks and latest controversies. But if we ignore his controversies, his music is actually something to appreciate. He has made music for superhit tracks like Same Beef, Sarkar, So High and more.

Intense needs no introduction, because his music says it all. We have been Intense Music’s fans since years. He has given music to many superhit and big projects for singers like Jasmine Sandlas, Sidhu Moosewala, RiRi, Illegal Weapon and a lot more.

Your playlist of favourite songs might include a few from Mista Baaz. He is one of the best music composers of Punjabi Music industry who has given music to songs like Top Class Desi, Dabda Kithe Aa and Expert Jatt.

The PropheC is a renowned music composer who has been winning millions of hearts through his amazing music. He has given music to superhit tracks like Tu Hi Ah, Vaari and Kitho.

Dr. Zeus is another amazing music producer who needs no introduction when it comes to his work in Punjabi Music Industry. He has made his name in Bollywood as well.

His popular projects include Woofer, Desi Look, Inch, and many more.

Sharry Nexus is ruling the Punjabi Music Industry for years now. He had collaborated with various artists and composed music for various superhit tracks like Cute Jeha, Butterfly, Spendor and more.

Dj Flow’s work has been commendable when we talk about top music producers of Punjabi Music Industry. We know you love many songs which include his contributions like Badnam and Peg Di Waashna.

Laddi Gill is another one among the most popular music producers of Punjabi Music Industry. His best projects include songs like Struggler, Veham and Saab.

Jay K is becoming the favorite of many Punjabi singers as his music is something which keeps the listeners hooked. He has worked for songs like Naan, Munde Pandatan De, Aa Chak Challa and Nai Shad Da.

Rajat Nagpal’s music is the best if the need is to impress the youngsters. He has given the industry songs like Koi Vi Nahi, Pahadan, Gal Karke and Diamond Da Chhalla.

Gur Sidhu is another one in this list of best music producers of all-times. He is best known for his songs like 8 Parche, Regret and Pyar Bolda.

Another name in the list of best Punjabi Music Composers of all-time is Jay Trak. We all have listened to his chartbuster music in songs like Don’t Look Back, Hint and Hisaab.

Rox A has made it big in Punjabi Music Industry with the help of his tracks like Yaari, Teri Naar, and Wish. The songs will definitely make you fall in love with his music.

Hardeep Singh Khangura and Jaspreet Singh run the Desi Routz productions. They have collaborated with many sensational singers for their superhit tracks like Sher Marna with Ranjit Bawa, Zindgi with Akhil, Nakhre with Jassi Gill, Kadar with Mankirat Aulakh and the list goes on.

Gupz Sehra is a singer and composer who has given many tracks to Punjabi Music Industry. We can bet you have rocked the party many times grooving on his tracks.

His bucket has songs like Label Black, Coco Chanel, Jugadi Jatt and many more.

Everyone who loves Punjabi songs is familiar with the name ‘Gold Boy’. His work has been appreciated by many artists for his tracks like Roi Na, Oh Na Rahi, Chahtaan and more.

We have included Syco Style in this list of top music composers of Punjabi Music Industry because we found out he has given music to various superhit tracks which became favourites of many. For example, Proud To Be Desi, I Don’t Care, Lamborghini and Gaddi Piche Naa.

We could not afford to miss The Boss’ name when we talk about the best music producers of Punjabi Music Industry. His superhit projects include songs like Panjeban, Gulabi Pagg and Muchh.

Western Penduz is another big name in the Punjabi Music Industry. He has impressed us many times with his songs like Jatt Di Clip 2, Heart Patient and Fruit.

Preet Hundal is an evergreen name of Punjabi Music Industry. He has been serving us with addictive music for years now. You can listen to his works in superhit songs like Whisky Di Botal, One Dream and Gappi.

Beat Minister has earned a huge fan following with the help of his collaboration with Satindar Sartaj especially. His contribution in Punjabi Music Industry includes songs like Hamayat, Dollar vs Roti and Masoomiyat.

Millind Gaba Music aka Music MG is also a popular name when it comes to best music composers of Punjabi Music Industry. Some of his best projects are

We hope we have covered your favorite Music Composer from Punjabi Music Industry in this list. There was a time when Punjabi Industry was limited to a few names, but today the tables have turned and we have multiple talented people working for the same. 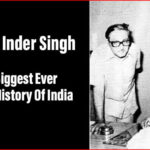 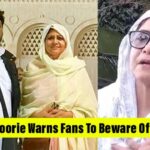