Bollywood actor Vicky Kaushal who is known for unconventional roles and amazing skills are recently surfacing all over the social media for his advertisement. The actor is brutally trolled and faces gender outrage for his controversial advertisement with Rashmika Mandanna. The two features in an Amul Macho underwear ad that has left a certain section of people unimpressed. The latest commercial of Amul Macho, a men’s undergarment brand, is getting slammed for its content.

Further, in the ad, Rashmika is seen slobbering over Vicky Kaushal’s underwear strap for which she has been heavily trolled. Not only the actress, but netizens also called the campaign ‘cheap’ and asked to pull it down as it objectifies men. She is also seen keeping all the Yoga mats on the top of a shelf for the actor so that he stretches his hands towards it, his underwear becomes visible.

Now the question arises if the same has happened to any girl, if Vicky is drooling over Rashmika whether people would stay quiet. Not everyone but a few people are showing their anguish about this distasteful ad. Here are some tweets people are coming up with to speak against the same.

This ad really left netizens bewildered. Objectifying men is okay with you but if the roles had been exchanged that would have created a huge controversy. Will it be acceptable then? Let us know your opinion and viewpoints about this controversial advertisement at Kiddaan Instagram handle. 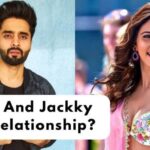 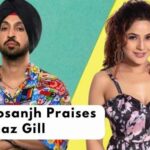