Punjabi Music Fans are on their toes since the Brown Munde of the industry, AP Dhillon, Gurinder Gill, Shinda Kahlon and G minxr have announced their album. Titled ‘Hidden Gems’ the 6-song album was recently announced through social media by the artists.

AP Dhillon, Gurinder Gill and Shinda Kahlon also arrived in India recently. After blowing out on the Punjabi Music scene, it is the first ever visit of the artists to India. The group is all set for their ‘Takeover Tour’ which will soon be starting all the way from India and reaching different parts of the world! In India, AP and his co-artists will be performing at Mumbai, Chandigarh, Goa, Gurugram, Delhi and Hyderabad!

Just when Brown Munde landed at the Mumbai Airport, a photo of the artists with top Indian rapper Divine, went viral! AP Dhillon uploaded an Instagram story of him posing with Gurinder, Shinda and Divine. The audience is already making their speculations and trying to make something big out of the photo.

The most probable case is that Divine is going to collaborate with the artists on their upcoming album Hidden Gems. Divine might also be performing with the artists at their Mumbai show! There is no confirmation on either of the possibilities but the odds are really good.

ALSO READ | AP Dhillon Clicked With Rapper Nas, Is A Collaboration Cooking Up?

Divine has previously collaborated with many Punjabi singers like Deep Jandu, Sidhu Moosewala, Jass Manak for their songs and it won’t be a surprise to see him with AP and his boys in their album. Divine’s music and AP’s music are sure to go amazingly together and a banger is guaranteed!

Divine is without a doubt one of the biggest rappers in the country. Be it commercial raps or underground raps, Divine has ruled over both! Let’s just hope the picture is not just a picture but holds a hidden collaboration in it. 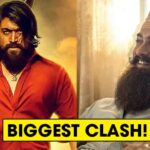 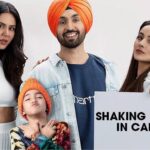