Baani Sandhu- a singer, model and a songwriter is a very talented artist and is known for her very famous songs Affair,Sarpanchi! She recently collaborated with Gurnaam Bhullar ( The Diamond Boy) for their upcoming song- AGG ATT KOKA KEHAR releasing on 9th April.

They both seem to share a great chemistry offstage as Baani posted adorable pictures from the sets of their upcoming song. No doubt they both looked great, but the highlight of the post was the caption she wrote for The Diamond Boy Gurnaam Bhullar. She penned a heartfelt and sweet note for him describing her experience working with him and also appreciating Gurnaam for being so humble and dedicated.

She wrote “ It was such a great experience working with him. Basically, hardly I have ever seen such a nice and humble guy and I learned so much from him. Touchwood to his dedication level towards his work.” She further described the scenarios in the pictures posted and wished him more success.”

This heartfelt note touched our hearts gave us The AWW moment. We wish to see more of these two in their upcoming projects. 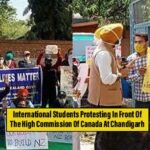 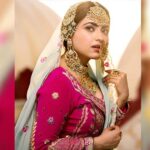