You must be thinking of what made Bhagat Singh so influenced by Sarabha. And you’ll find its answer in the life story of Kartar Singh Sarabha. He was only 19 years old but had heavy responsibilities on his shoulders. He was one of the founding members of the Ghadar Party and led the Gurmukhi version of the Ghadar newspaper at the age of 17.

Not only this, he sacrificed his life at the young age of 19 he was arrested and hanged to death by the British government. In the court’s final decision of awarding him a death sentence, the judge penned, “He is very proud of the crimes committed by him. He does not deserve mercy and should be sentenced to death.”

The order also read, “This young man tried to reverse the British rule from America to India. Whenever and wherever it got the opportunity, it tried to harm the British. Its condition is very low, but it is very terrible for British rule.”

This is not all, but a brief story from the grand life of Kartar Singh Sarabha. Not only Bhagat Singh, but many people, even today, bow their heads down to give tribute to the young freedom fighter who martyred while fighting for India’s Freedom. 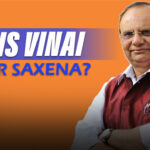 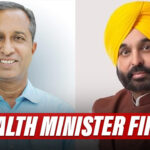