It is directed by Aneez Bazmee and well written by Aakash Kaushik and Farhad Samji. While the fans were curious to know how well this movie will do at the box office, and continuously compared it with Akshay Kumar’s Bhool Bhulaiyaa, we are glad that this film includes a whole different story which has no connection with the previous one. It’s just the name, and the Aami Je Tomar that will hit the nostalgia in your heart and make sure you are thrilled at the utmost level.

We have absolutely loved and enjoyed everything about this movie, hence presenting an honest Bhool Bhulaiyaa 2 review for you.

Before we give you a brief of Bhool Bhulaiyaa 2, we need to shout and reveal to all that this is not the remake of Bhool Bhuliayaa. Neither its story has any connection or connectivity with its prequel. So, if you are someone from the parallel universe who has not watched Bhool Bhulaiyaa, you can watch this film without any fear of missing out on the details.

The story of this sequel is written by Aakash Kaushik and Farhad Samji has penned the dialogues for it. Yes the story was gripping and interesting but we personally found some dialogues a bit cringe.

Now coming to the plot of Bhool Bhulaiyaa 2, it’s a story of different characters. To precisely describe the horror part, Maunjulika is captured and locked in a room for the last 18 years. And the story’s drama makes Reet (Kiara) and Ruhan (Kartik) unlock the door which results in freeing Maunjulika. And what happens in between and afterwards includes all the drama,horror, suspense, twists and story of the film.

Bhool Bhulaiyaa 2 stars Kartik Aaryan as Ruhan in the lead role, Kiara as his love interest Reet, and other actors like Tabu, Rajpal Yadav, Sanjay Mishra, Amar Upadhyay and more in pivotal and amazing supporting characters.

Though we loved the performance of every actor in the film, the way Kartik Aaryan and Tabu stand out is just speechless. Be it today or anytime in the coming future, Bhool Bhulaiyaa 2 review can never be completed without dedicating a special appreciation part to Tabu and Kartik.

On the other hand, no words can describe how phenomenal and effortlessly good Tabu was in this movie. The way she acts presents her dialogues, reacts and holds our attention is something not every actor can do. And yes, we don’t think any other actor could have done justice to Tabu’s character in this film.

Anees Bazmee has directed Bhool Bhulaiyaa 2 and believe it or not, it’s really a challenge to direct the sequel of a superhit and cult movie. Any director would think at least twice before agreeing to direct such a film.

And Anees Bazmee without any doubts has passed with flying colours in his craft. He has excellently directed every actor, scene, and sequence, and garnered everything so smoothly that you’ll hardly find any flaws in the film.

Yes, just like Bhool Bhulaiyaa, its sequel is also a horror-comedy. Everyone’s eyebrows were raised as no one was sure how well the film would do justice to its prequel. Though it cannot be compared with the 2007 film in any manner, it is no less than it.

The film’s story and execution does justice to its genre as you’re served with a decent balance of horror with comedy.

For the comic sequences, we are giving out the credits to the beloved chhota pandit; Rajpal Yadav, pandit Sanjay Mishra and the lead Kartik Aaryan.

While watching the film and dotting the points for penning a detailed Bhool Bhulaiyaa 2 review, we kept our ears alert to notice the film’s music perfectly. The background score of the film is exceptionally amazing, but the film fails to give us songs which can sustain in our playlists and market.

No song in the film is bad, but they are also not too great. The only song that stands out and was obvious was the title track; Teri Aankhein Bhool Bhuliaya.

Yes, how can we miss out on mentioning the film’s climax? Relax! We are not going to spill the secret beans for you, but will only advise you not to miss its climax at any cost.

You might have some questions in your mind while watching the film, but the dots will connect to give you an answer in the climax only.

Overall, there is no need to find logic in the film. You are suggested to enter the cinema hall to enjoy and get entertained to the fullest. It is an all-rounder entertainer and you can watch it without any second thought.

Bhool Bhulaiyaa 2 is a must-watch. We call such projects a complete paisa vasool film. 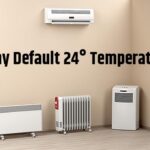