5 years after the departure of the legendary artist from the world, ‘Chandigarh Dropouts’ has been officially released. It is one of the many unreleased Raj Brar songs, promised by Bunty Bains to be released soon. The first one of the lot has officially been dropped, with the magical voice of Raj Brar, featuring Raj’s daughter Sweetaj Brar.

Raj was ahead of his times and ‘Chandigarh dropouts’ is a testimony of it. The song was originally recorded when Raj Brar was still alive and it still feels fresh in 2021. Chandigarh Dropouts is the perfect definition of when folk meets modern music. Though the song feels modern with the type of music given by Chet Singh, it has that ‘old vibe’ to it.

Sweetaj has looked absolutely stunning in the music video that has been directed by Teji Sandhu. She is soon set to feature in Moosa Jatt, her debut film as a lead actress. Sweetaj’s screen presence is enough to fire up the song, she knows she’s gorgeous and she walks like she owns the place! And that’s what we love about her.

Matt Sheron Wala’s lyrics combined with the vocals of Raj Brar, what more could we have asked for! ‘Chandigarh Dropouts’ is a song that will be played in parties and weddings for a long time. The brilliance of the song has made us even more excited for the upcoming Raj Brar unreleased songs.

Listen to the full song here: 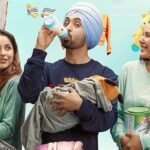