Days after performing at the Wireless Festival, London, Sidhu Moosewala has now been followed by Clean Bandit on Instagram. Clean Bandit is a worldwide popular music band based in the UK. It was formed in 2008 and currently consists of the founder Grace Chatto, songwriter Jack Patterson and his brother Luke Patterson. Collaborating with international music icons is their everyday job.

The performance of the band on Youtube might have given you an idea how huge the band Clean Bandit is. And the band following Sidhu Moosewala on Instagram is nowhere something ordinary. They also followed English Music Producer, Steel Banglez on Instagram, who is Sidhu Moosewala’s close friend and co-artist.

Since Sidhu Moosewala has been to the UK for MooseTape, his popularity in the country has risen unbelievably. He has collaborated with some of the biggest names in UK music like Tion Wayne, Mist, M1 and Steel Banglez is already very close to him. He is also set to collaborate with Fredo, another big name in the UK music scene, in Steel Banglez’ upcoming album. Do you think the increasing popularity of Sidhu in the UK could mean collaborations with big artists in the future, including Clean Bandit? 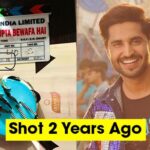 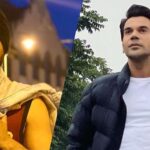