Punjab CM Bhagwant Mann has asked the singers to be far more responsible and play a constructive role in promoting the rich cultural legacy of Punjab for which it is known the world over and warned those singers who allegedly promote gun culture through their songs, disapproving the propping up such a trend and said those found involved will be dealt sternly. He called upon such singers to follow the ethos of Punjab, Punjabi and Punjabiyat thereby strengthening the bonds of brotherhood, peace and harmony “instead of fueling anti-social activities through such songs”, as per an official statement.

The Punjab and Haryana High Court had in July 2019 directed the Director General of Police in the states of Punjab, Haryana and the Union Territory of Chandigarh to ensure no songs glorifying liquor, wine, drugs and violence are played or performed. The direction came on a plea by Pandit Rao Dharennavar, a professor of sociology at a government college here, who had petitioned the high court for a ban on such songs.

CM Mann not only opposed but even condemned the “trend of gun culture and gangsterism being promoted by some Punjabi singers” and urged the singers “to desist from fanning violence, hatred and animosity in the society through their songs”.

While addressing a high-level meeting of deputy commissioners and senior superintendents of police on the drugs issue, CM Mann said:

“It is our prime duty to prevail upon such singers not to encourage violence through their songs which often pervert the youth especially the children with impressionable minds. Initially, we request them not to prop up such trend failing which the government would be forced to act sternly against them.”

“No laxity would be tolerated for eradication of the drug menace as its supply chain would have to be broken to save the youth falling prey to the scourge”, he further added.

During this high level meeting, the Chief Minister also directed the DGP to issue detailed guidelines to all the SSPs not to disclose the price of drugs seized during recovery in the international market as this practice attracts innocent people to make a quick buck, and asked the Health and Police departments to work in close coordination with a focus to adopt a reformist approach toward petty offenders. 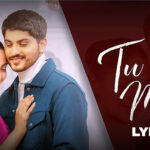 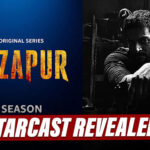