Code Name: Tiranga is an upcoming Bollywood movie which you can expect to be high on action and thrill. The film will feature the first-ever on-screen collaboration of Bollywood actor Parineeti Chopra with Punjabi superstar singer Harrdy Sandhu.

While Parineeti has proved her calibre in amazing movies and projects, Harrdy Sandhu marked his Bollywood debut in the role of Madan Lal in sports drama 83. The stars are now all excited for the release of their upcoming movie Code Name: Tiranga. The film will witness a theatrical release on 14 October.

The 45-second teaser of the film has recently dropped on YouTube which has assured the film is going to be a platter with massive action sequences. Parineeti is seen in a rough and tough avatar and is also involved in some hand-to-hand combat action scenes. On the other hand, Harrdy Sandhu’s character is still kept under wraps, leaving us to make random guesses.

Code Name: Tiranga is described as the ‘story of a spy on an unfaltering and fearless mission for her nation in a race against time where sacrifice is her only choice.’

While describing her role in the film, Parineeti Chopra had earlier said, “I am back again to present myself in a whole new avatar that no one has seen me do before! It is my attempt to keep doing disruptive content as I have been and to push my limits to bring something new to the table for the audiences.”

She also added, “The bruises and me holding the gun in the poster is just a teaser of all the things that are in store for the audiences. This is just a sneak peek into my character and I can assure you that we intend to shock and awe with this film.”

The film is set to release on 14 October 2014 in theatres and will surely be a treat for all action fans. 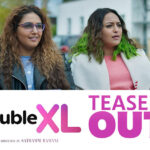 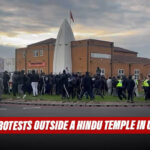