But recently Diljit Dosanjh did something which shut the mouths of haters and people spreading rumors about his relationship with Gippy Grewal. Diljit shared a picture with Gippy Grewal and his son Shinda Grewal on his official Instagram account.

He also shared a beautiful message in which he explained that there is nothing wrong in between him and Gippy Grewal, in fact there was never anything wrong.

We are extremely delighted to see Diljit’s confirmation of their relationship. And we hope they stay together and grow together. 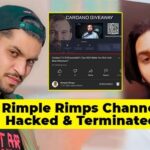 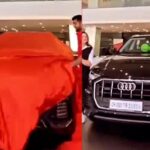