Diljit Dosanjh left his fans in shock on his birthday, when he announced that he’ll be coming up with a 5 track Extended Play (EP). Titled Drive Thru, the EP was announced through social media. Just a few days ago, Diljit also shared some Behind The Scene snippets from the shooting of the project, and now, another big update about the EP has just been dropped!

Diamond Platnumz is a Tanzanian Bongo Flava Record artist, a dancer and a businessman. He is the first ever African artist to reach a combined total of 900 million views on Youtube. He is currently in a partnership with Warner Music Group through his own label, WCB Wasafi.

Now, what started as a rumour, has finally been confirmed! Diljit Dosanjh even shared some pictures with Diamond on his official Instagram handle. The pictures were from the shoot of a project and we’re pretty sure it is the upcoming collaboration between both the artists. This project, most probably a song, is most likely to be featured in Diljit’s EP, Drive Thru.

The rumours were confirmed by Sonali Singh, Diljit Dosanjh’s celebrity manager, by sharing a post on her official Instagram handle. Sharing the picture makes us all believe that it is a thumbs up from Sonali Singh and she’s confirmed the much awaited collaboration between both the artists in Drive Thru. 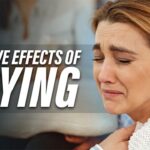 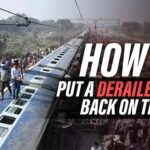