Diljit Dosanjh is undoubtedly being Unstoppable. He was still doing rounds all over the internet and people’s minds with his recently released album MoonChild Era, when he has made the excitement level high for the fans once again.

Diljit Dosanjh is currently shooting for an upcoming song with directors Rupen Bhardwaj and Sukaran Pathak. The Behind The Scenes for the same have been shared by the directors duo on their social media which has raised the excitement bar of the audience. Not just Diljit, but our eyes can capture lyricist and vocalist Raj Ranjodh in the BTS shots too.

The artist had recently shared that he is coming up with a next track and if it is to be believed, then this might be the one which is being shot currently. And an additional thing among this is that the music video is being shot in Vancouver, Canada.

Not just pictures but the team teased the audience with a snippet from the shoot where the music of the forthcoming song is also being heard. And it already seems like something amazing from Diljit’s end is approaching this time too.

Talking about the directors Sukaran Pathak and Rupen Bhardwaj, the director duo is known for their amazing work in the music video of ‘Legend’ and ‘Chosen’ by Sidhu Moosewala and more. Now they are up for another big collaboration and this time with none other than Diljit Dosanjh.

Diljit Dosanjh has even announced a world tour for the next year, 2022, lately and will be rounding globally for live shows and concerts. Meanwhile, his recently released film Honsla Rakh is doing great at the box office and will be releasing on 24 December 2021 in Pakistan too. Also, he has another project, a song named ‘What Ve’, lined up with Nimrat Khaira for its release soon. 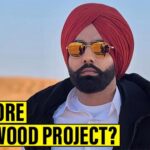 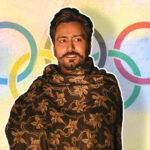