Undoubtedly, both Gurnam Bhullar and Ammy Virk are two of the best singers and actors of Punjabi Music & Film Industry. Both have done commendable jobs in different projects. But there is a project for which Gurnam Bhullar has replaced the superstar Ammy Virk. Do you know what project we are talking about?

We are discussing the recently announced ‘Lekh’ which director Jagdeep Sidhu shared on his Instagram Account as a surprise gift for Bhullar on his birthday. Previously this film was supposed to be made with Qismat couple Ammy Virk and Sargun Mehta in the lead roles and was scheduled for release in September 2020. But due to some unknown reasons the starcast was changed and now Gurnam Bhullar and Tania have headed towards the lead characters.

You can read details about the upcoming movie, starring Gurnam and Tania by following the link below,

Let us know if you knew about this interesting scoop already? 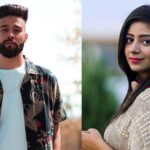 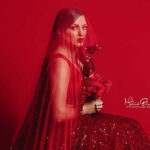