8 March 2021 marks the 33rd death anniversary of the legendary Amar Singh Chamkila. Regarded as one of the greatest Punjabi artists of all time, the veteran singer didn’t have a long life. He was assassinated aged 27 in Mehsampur village in the Jalandhar district of Punjab. Below is an important image as the place, where the guava trees stand tall, was the last place the legendary singer ever performed live. On the occasion of the singer’s 33rd death anniversary, here is a short tale presented by team Kiddaan about the meetup of two legends of the country.

Amar Singh Chamkila was respected as one of the best Punjabi live singers. He was in Canada to conduct a singing tour in the country. Many of the Bollywood stars too were present in Canada at the time of the tour. One of them was legendary Bollywood actress, Sri Devi. Chamkila wasn’t a great fan of mainstream movies, so he didn’t have much knowledge about the film industry, but luckily he had seen Sri Devi’s, Nagina. So when the two stars had a meetup, Chamkila asked Sri Devi if she was the one who acted in Nagina. Sri Devi got dumbstruck and surprised by the fact that someone in her country did not know about her. But when the singer stepped on the stage to perform and the audience couldn’t stop their hands from clapping and went onto applause for the artist for more than 10 minutes. Sri Devi was hit by surprise to see the popularity of Amar Singh Chamkila. And when the singer started singing in his melodious voice, the legendary Bollywood actress got spellbound and started dancing beside the singer. It was a treat for the audience to see two legends of their respective fields performing on the same stage. Impressed by the artist’s aura, later Sri Devi offered to work with Chamkila in a Hindi movie as a heroine. Chamkila rejected the offer as according to him speaking in Hindi would damage his pronunciation skills in the Punjabi language.

It’s so nostalgic that both the legendary artists are not present with us today. Sri Devi died on 24 February 2019 in Dubai and Amar Singh Chamkila was assassinated on 8 March 1988. As the saying goes “Legends never die”, they are always alive among their fans through tales like these and their work. 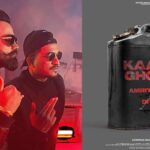 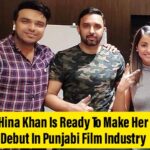