Netflix recently released the first volume of the 5th season of one of its biggest web series, Money Heist (La Casa De Papel). The series was awaited all over the world and when it was released, it took over the world! The unimaginable craze around the series has made it the leading Netflix show. The globally popular show has a connection to the city of Patiala, did you know?

Those who’ve watched the latest season 5 of the show might remember the Pakistani Hacker, named Shakir, who helps Professor and his team in their mission inside the Bank of Spain. The man who played the character is actually Ajay Jethi.

Ajay Jethi is a 38-year old Barcelona-based Indian actor. Hailing from a village in the royal city of Patiala, Punjab, Ajay Jethi has become an internet sensation after being featured in the world-popular show. He’s been in the Spanish industry for over a decade and acted in many Spanish web series, shows, commercials and movies.

Ajay used to be an active participant in Punjabi plays based on the writings of Shakespeare, Bertolt Brecht and Arthur Miller. He was very passionate about acting but had little to no support from his father. In 2005, he moved to Spain to pursue a better life and started working as a labourer on a work visa. Soon, he made it to the Spanish industry and started doing small roles after taking acting lessons.

The most interesting fact about him is that though Money Heist has proven to be a career-changing point for him, he does not have a Netflix subscription! He got to know about all the hype around him by people texting him on social media. He also revealed that he did not meet anybody from the cast of the show because his parts were shot in Madrid. It is good to see that a Punjab-born actor has made it to a show of such stature! 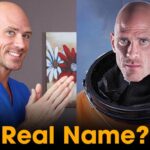 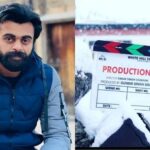